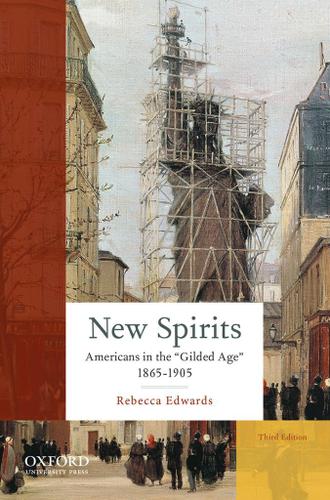 New Spirits: Americans in the "Gilded Age," 1865-1905, Third Edition, provides a fascinating look at one of the most crucial chapters in U.S. history. Rejecting the stereotype of a "Gilded Age" dominated by "robber barons," author Rebecca Edwards invites us to look more closely at the period when the United States became a modern industrial nation and asserted its place as a leader on the world stage.

In a concise, engaging narrative, Edwards recounts the contradictions of the era, including stories of tragedy and injustice alongside tales of humor, endurance, and triumph. She offers a balanced perspective that considers many viewpoints, including those of native-born whites, Native Americans, African Americans, and an array of Asian, Mexican, and European immigrants.